My dear friend Mirriam posted about her writing process and then asked others to share what their processes look like.

My writing process took several years to evolve.  Once upon a time, I plotted out every single tiny little detail in every scene and every scene in every chapter, but that was too structured.  It didn't leave me enough freedom.  I was basically writing the story in the outline and then writing the actual story wasn't as interesting.

Then, during NaNo 2013, I did the barest minimum of plotting and figured out the rest as I went along- which resulted in me leaving out several important scenes and character arcs that I could have incorporated with a bit more plotting.  For example, the first male lead was barely in the first draft at all, the second lead having taken over the story.  With a bit more plotting, I think I could have balanced them better.  (It didn't help that I switched stories five days before November started so I didn't have much time to plot.)

Currently, this is what my writing process looks like.


STEP ONE
The beginning.  Plot and characters.
The nucleus of my plot tends to arrive with my main characters.  Neither precedes the other.  They come simultaneously, which means I spend a few days trying to untangle them so I can understand each.


STEP TWO
General idea of the ending.
Usually the ending comes right on the heels of the plot idea and the MCs.


STEP FOUR
Choose a theme quote.
Quotes are highly influential on me and my writing, so having a theme quote is vitally important to my process.


STEP FIVE
Plot three major signposts.
After I know the nucleus, the MCs and the ending, I figure out three big plot points; landmarks or signposts, so to speak.  These become the basis of the outline.

I plot my books using the rule of three typically (sometimes four).  I divide the novel into three (or four) parts, each part headed by a signpost, and then figure out what major arcs each part has to contain so the ending will come out correctly.  Any details that come along at this stage are scribbled down so I won't forget them, but then the rest of them I fill in as I write.

At some point along the way, the story will be charged with so much energy that it's pushing everything else out of my head and that's when I know I need to start writing.

When I finish a chapter, I scribble a few paragraphs of dialogue or details I know I want to incorporate in the next chapter or two.


Like Mirriam, I'm constantly referring to my pinboards.  Quotes that drive the plot and characters, faces, scenery, architecture, clothing styles, and random things that inspire me.

I very rarely write without music playing.  I create playlists of the songs that are particularly relevant for that story and listen to it while writing.

I also watch movies/dramas and read other fiction in the same genre as what I'm writing, to help me decide what mood I want to convey.

And above all, I try to remember that a first draft is just that.  The time to put the story down on paper and (try!) not to stress the details too much.  Editing, re-writing and fine-tuning can come later.


Now it's your turn!  What are your writing processes?

Email ThisBlogThis!Share to TwitterShare to FacebookShare to Pinterest
Labels: writing

I apologize for being so late with this month's Quote Queste.  Thank you to everyone who participated in August's QQ!


Rules:
1. Take the quote below and write a short scene based on it.  It can be a scene for a story you're currently writing, one you plan on writing in the future, or you can make up characters solely for this challenge.
2.  Post your scene on your blog, with the banner from the top of my post and a link to my blog.
3. Come back to this post and leave a link to your post in the comments so the other participants and I can read your scene.
4. Have fun! 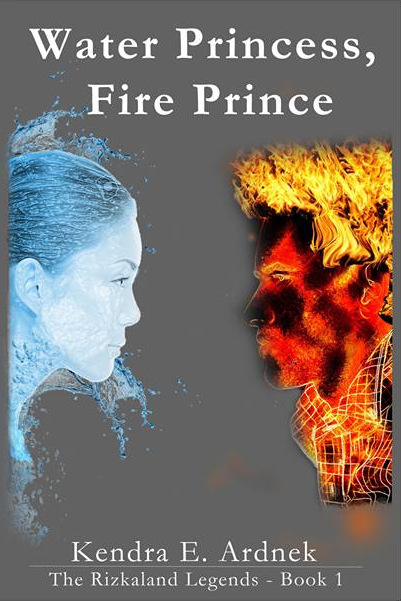 When the Lady Dragon does come,
Hold fast, do not fear, do not run.
Your Water Princess will fight,
Fire Prince will set all to right.
Each shall come from a Fall,
Their union will save you all.

Despite the fact that she's on track for competing in the Olympics, and he's practically raised his younger brothers since they lost their mom in a car accident, Clara Mandras and Andrew Stevenson are pretty much normal teens. They have normal hopes, normal dreams, and they live in a normal world.

All this is torn away from them when they are thrust into another world and declared Water Princess and Fire Prince. With no experience ruling a country, meeting each other for the first time, and being expected to fight the Lady Dragon – an evil sorceress plaguing the world of Rizkaland – Clara and Andrew are under-prepared and inexperienced. Unless they learn to work together despite their standing opposition, Rizkaland's hope will be lost.

What is to come will change their lives forever. 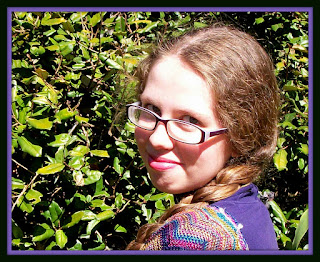 Kendra E. Ardnek loves fairy tales and twisting them in new and exciting ways.  She's been practicing her skills on her dozen plus cousins and siblings for years, "Finish your story, Kendra", is frequently heard at family gatherings.  Her sole life goal has always been to grow up and be an author of fantasy and children's tales that also glorify God and his Word. You can read more about her on her blog, knittedbygodsplan.blogspot.com.


As part of the blog tour, I had the chance to interview Jill Anna, a secondary character in WP, FP and one of my favorite female characters from this book.  (Much of the time, I liked her better than Clara, but don't tell Clara that.)

1. You're a seamstress; what does a typical day look like for you?
Predominately sewing in the seamstress hall with about forty other girls. We receive three meals a day provided we meet a daily quota. It's a hard life, to be certain, but it's better than others, so I don't complain.

2. What was your first impression of your Water Princess?
She seemed a bit unconventional, but Li'Daughter Essua hadn't been exactly conventional either, and it wasn't my place to pass judgement.

3. What was your first impression of the Fire Prince?
He is a rather quiet fellow, and I'm afraid I was rather caught up with worry over Jasmine when I met him, so I'm not sure I formed any first impressions. I was rather impressed with the report Jasmine gave of him, however.

4. When you were chosen to go with the Water Princess, were you apprehensive or eager to go along?
I was honored to be so specifically chosen by the Water Princess. but I'm afraid I leaned more towards apprehension than eagerness. I'd never traveled so far in my life, and while I had a curiosity to see the rest of the world, I was rather comfortable in my life.

5. Who is your least favorite person in Klarand?
This is a rather ... mean question. But I suppose, in the spirit of answering it - Rena. She's a fellow seamstress, but she enjoys putting on airs and belittling me.