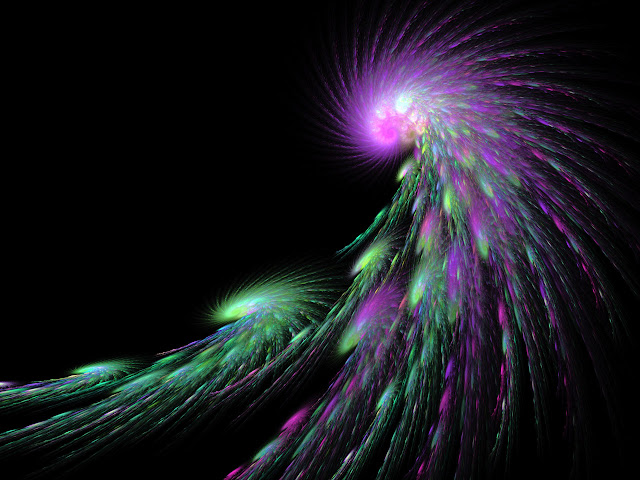 I love the MBTI test.  As someone who finds the study of personalities and psychology fascinating, I’m always interested in knowing what a person’s type is.  Of the dozens of personality test I've personally tried, I prefer this one because of the variety.  There are 16 distinct personality types (32 subtypes if you include the -T or -A designation), which makes it easier for everyone to find their type.  I’ve also found it easier to explain to people than most other personality tests.

That said, there are definitely flaws with constantly using it to identify yourself, particularly when you box yourself in with it.


It’s not foolproof
It’s not uncommon for people to be mis-typed.  Often (but not always) this is because a person doesn’t know themselves well enough to correctly answer all of the questions.  For example: my ENFP sister thought she was an INFP for months because the test always gave her that result.  I kept telling her she was an extrovert, but until she had heard a comprehensive explanation of the differences between extroverts and introverts, she couldn’t answer some of the questions correctly and correspondingly the test was giving her the wrong result.

Other times this is because some versions of the test have a neutral option on the questions, making it harder for the test to conclusively sort people.

Still other times it’s because an alternative testing site or book was used to type someone, instead of the ‘official’ internet/book test.

Sometimes, even when none of these apply, the online or self-administered test is still wrong.  Here’s why: IT’S AN EQUATION.  Every person is a unique individual, but the online test is a generalized, computer-run test.  It takes your answers and computes them according to the list criteria , yes, but it’s still only an equation.  Mathematics cannot accurately define a human because of the wide range of personalities and intricacies found in each person.  Sometimes it takes another human that knows you well enough to help walk you through it and define you correctly.

Also, learning from just any book on the topic can be hard because many books are written by people who deal more in data than in practicality, (think of it as ‘clinical psychology’ vs ‘practical psychology’).


It can create misunderstandings
If you type an MBTI designation into Pinterest or Google, you’ll get thousands of results.  But not all of them are right.  (In fact, Pinterest is often the opposite of right.)  What you see are usually stereotypes (often incorrect ones) or simply wrong assumptions.

For example: INFPs are often far deeper intellectually than they are portrayed.  INTJs have a reputation for being hard at communication, but that’s not true either; they’re just wary of communicating with most people.

So view the results with a few grains of salt and remember that individual characteristics can’t be generalized and for each type, there is still a wide range of unique personalities.


It can lead to false representations
Leading off of the previous point, it’s easy to dislike some of the representations about your personality type and thus try to 'cross types' or represent yourself as a hybrid in an effort to escape type cliches and stereotypes.

Occasionally, there may be true MBTI hybrids––it's possible, but because of how specific the test is, most people usually fall into one type, even if only by a small percentage.

It’s better to step up and prove to people that even though you are a type typically known for flightiness (INFP for example) you are not solely defined by your type.  You are more than that.

It can enable a mindset of excusing
It’s easy, especially in the American culture of today, to use your type as an excuse for your behavior.  ‘well, I’m an INTJ and I’m smarter than 97% of the people I know, so it’s okay for me to be rude to them.’  No.  It’s not.  Hearkening back to being more than your type, no one has an excuse for being rude, inconsiderate, or downright willfully stupid.


You can utilize your personality designation without boxing yourself in.  Just remember this one little fact:

It’s only one part of the puzzle

Many factors besides personality type go into determining a one’s complete personality, including but not limited to: history, background, genetic heritage, gender, family, career, and whether they are left brain or right brain.


Knowing your type can be incredibly helpful for other people to understand you or for you to understand the world around you and how you react to it.  But it’s still only a part of the picture, even if it's a hugely significant part. 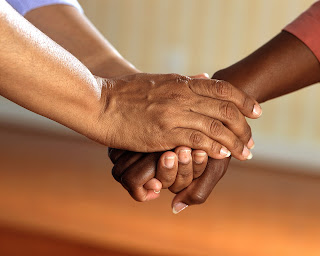 But friendships are also hard.  Anyone who tells you differently is selling something... or delusional.  Relationships require WORK.  Period.

‘There’s some good in this world, Mr. Frodo, and it’s worth fighting for,’ says Samwise Gamgee, on the way to Mount Doom.  I’m not going to analyze their friendship today, that’s for another post.  But, just take a moment and think about his words and apply them to friendships specifically.

As humans in a fallen world, we’re messed up.  It’s a fact.  But, part of who we are as humans means we’re supposed to be interdependent on each other.  (Stars, isn’t THAT hard for some of us.)  God wants relationships with His people, sure, but He also created us to have relationships with each other.

There’s no crystal ball that we can look into as a child and know what people to befriend and whom to avoid.  It doesn’t work like that.  Relationships are growing things.

It doesn’t matter how old you are, what your gender is, or your religious/political affiliation.  While all of these things can and do affect friendship, at its core, friendship is simply two people realizing that the road ahead is better or more fun when walked together instead of alone.  You might meet someone when you’re younger and you remain friends throughout your life.  Others come and go.  You might know someone for ten years and then find out that you’ve grown into such different people that you drift apart.

When you become friends with someone, there is you, them, and your dynamic together- it's a three-part relationship, not two-part.  And sometimes, parts one and two outgrow part three.  It happens.  Sometimes they become incompatible for other reasons.  Fights and conflicts happen and sometimes friendships don’t survive those.

When you find those friends that truly ‘get you’ and you know you want to keep them for a long, long time, and you believe that it's possible to keep them for a long time- you two are that compatible- it’s not enough to just say ‘I like you, let’s be best friends forever’ or whatever kids these days say (hey, I grew up in the 90s).  You still have to work for it and at it.

But those are the friendships that are worth fighting for- through conflict, and different outlooks on life, and disagreeing on other people and their place/s in the lives of one of you.  Times when one or both of you is so busy that you can’t talk much or hang out, times when you’re both so happy that you might not be paying attention to details much and unintentionally don't include the other person as much, meaning you need to be reminded that they are feeling left out.  Big things, little things, things that are a big deal to one but a little deal to the other, changing viewpoints, changing circumstances, and other friends that come and go for each of you.

The trick is to not let go when you hit those rough spots.  To fight for each other.  To dig your heels in and say, 'I don’t care HOW LONG this takes, I’m not leaving.  We’re darn well going to figure this out.'  No matter what life throws at you, you're stronger together than apart, and THAT'S what makes it worth fighting for.

And yes, sometimes it’s hard to know when you’re fighting for someone who doesn’t deserve it, who doesn’t really CARE because they don’t fight for you.  Sometimes you have to fight longer and harder because the other person really does have walls that need to come down but they need you to believe in them first, they’re too wounded and broken and have locked themselves away too well.  They need your help coming out.  But other times, people don’t really care.  They don’t fight for you because they are using you.  Or you don’t really matter all that much to them.

But we’re all human.  We all make mistakes.  We all mess up.

Just try your best to make sure that your friendship is worth fighting for.  Then give it all you’ve got.