When Mirriam and I sat down to do our latest prompt, I knew I wanted to twist something. Browsing my prompt board, the first one that jumped out at me was a quote I've loathed since I first heard it on the TV show The 100. The second is a random quote I saw while scrolling further, liked, and decided to add in. I mean, obviously. 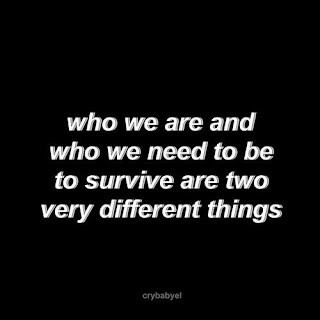 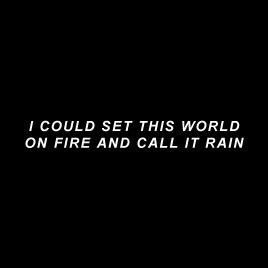 “What we are inside, the good and bad of us, that’s not affected by what we have to do in this war. The deeds we do to survive. To win.”

Count Juveni raised his head and looked from Zia to Tancorix. “I beg enlightenment?”

Tancorix could have cheerfully hefted him into the nearest watering trough, bitter winter wind or no, but they needed the alliance this man would potentially bring. At the very least, his knowledge of the war college would be helpful.

Zia raised an eyebrow, and Tancorix shook her head, seething too much at the moment to rebut that without chance of magic erupting in an embarrassing or troublesome way. How dared this military peacock prance in here and presume to tell them how to run a rebellion they’d been doing just fine with for five months? And especially how dare he, someone who’d never seen active war service—border bandit skirmishes didn’t count—attempt to lecture them on battlefield ethics? As if he’d ever seen people under his command die at his side, felt their bodies fall limply never to rise again, reached out desperately with everything they had to attempt to heal the wounds taking the life from that person, smelled the blood staining the greedy earth beneath them…

She jerked when Zia’s fingers slid around her wrist and nodded once, quickly, before crossing the room to stand by the door.

“My lord,” few but Zia could make a formal address sound so much like an insult, and Tancorix almost cackled aloud with glee, “I’m not entirely sure I follow. I believe I missed the lecture the day that chapter of ethics was being taught. Perhaps it was before I joined the war college. How do you figure that what we do is different from who we are or who we become?”

The man, not entirely believing her studiously neutral question, nevertheless didn’t pass up the chance to pontificate.

“It’s quite simple really, and it goes back to the lessons on detachment.”

What a dull teacher he must have been. The wizard touched the fingertips of one hand to the palm of the other, murmuring an ancient poem about balance, and concentrated on guiding the sparks that leaped up into different shapes. It was the first time that she’d practiced it indoors, and had not the count irritated her so much, she may have waited another week.

“…a two-step process,” he was saying now, delighted at his captive audience of one.

Of course, he had no way of knowing that Zia was signing sarcasm behind her back. And…oh. She hid a smile at the other thing Zia had just signed. Oh, excellent. She could do something with that.

“I understand detachment from emotion when making some military decisions,” Zia interjected, to keep the man’s attention from wandering to what Tancorix was doing.

“Like I said, it’s the same principle, just being applied differently…”

Then she heard no more as she slid out the door. A piece of juniper bark from the pouch at her side, a drop of red liquid, and a twist of wormwood. One spark to set it alight. She held her breath as she manipulated the spark; one wrong nudge of a finger and it would blaze too fast, the signal too brief to be seen.

She didn’t have long to wait until the answering flash of flame came.

When she ducked back inside, Zia was rising from her chair, leaning over the count, all pretense of being amiable gone. Grinning in pleasure, Tancorix joined her, playfully sending smoke to curl around Zia’s face in colors of dark blue, dark purple, and dark green.

“I could set this world on fire and call it rain,” Zia snarled very quietly, her voice the more menacing for being so tired. “I could rip your life into tiny shreds, and I could drag the king from his throne and feed him to the people he’s currently imprisoning in that white monstrosity he calls a flower garden. And when I was done, do you know what I would be, Count?”

He opened his mouth to speak, but Tancorix wafted smoke into his nose, and he coughed instead.

“Intolerable. A tyrant. Petty. Vindictive. Uncaring of the bigger picture. Taking justice into my own hands…”

Tancorix reached over and tapped her foot against her friend’s. Hurry up. They’ll be along any minute.

Breathing in slowly for a moment, Zia straightened, waved her hand at the wizard, and left the small house, closing the door firmly behind her.

“As she was about to say,” Tancorix perched on the edge of the table and swung one foot idly, her heavy-soled boot knocking rhythmically against one of the legs of the table, “the idea that the choices we make and the actions we take don’t affect our characters and spirits to some degree is the most ridiculous thing you could have said or taught.”

He actually laughed. Granted, it was the laugh of someone who has finally realized just how far out of their depth they are but refused to give up their position, still believing implicitly in the doctrine he preached.

“My dear gir––” his voice choked off as Tancorix snapped yellow binders on his wrist and twined a length of compressed yellow air around his mouth. Tugging him up and pulling him with her, she stepped out into the chilly night, a clear sky spangled with peaceful stars an odd counterpoint to the twisted philosophy that had tainted the last hour.

Four masked people waited, and silently, Tancorix handed the count over to them.

“How is this not taking justice into your own hands?” he hollered in the brief moment when his magical gag was exchanged for a physical one.

“This?” Zia smirked and shook her head pityingly. “This is mercy. Toward you. And protection of my people, of course. You’ll be well taken care of and ransomed soon enough. Once there is no one who believes your stories of the rebel leaders.”

Grinning as they turned down the street toward a tavern whose lights still glowed yellow, Tancorix snapped her fingers and whistled. “Mead?”

“Mead. On me.” Zia briefly gripped the wizard’s shoulder, the only reference either would make for the rest of the night to the Count’s ridiculous assertion.