That's the Best You Could Do? ~ Rapunzel Prompt 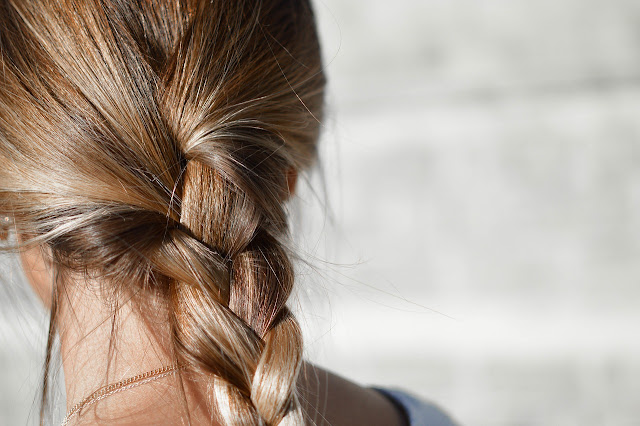 A day late, but here is the prompt for Intuitive Writing Guide and Fairy Tale Central's Rapunzel writing prompt.

“Hey, Rapunzel, let down your hair.”

Christopher could feel the woman’s scalding glare from across the room, but Brendan looked unfazed.

Rocking back on his heels, Brendan pulled one hand out of his pocket to gesture to the woman’s elaborate blonde braids. “Please,” he added, his tone bored.

Her chin went up as she sniffed. “Show me some credentials. I don’t let it down for just anyone, you know.”

Chris leaned back against a doorway, trying not to snicker. Technically, he was lead for this mission, but if Brendan wanted to dig himself into a hole, he wasn’t about to stop it. Work hadn’t been this entertaining in weeks.

Although...Brendan was often careless but rarely rude, so that was odd. None of them had slept much last night, but each member of the team was used to going without sleep, so it wasn’t likely to be that. He made a mental note to talk to ask about it later.

When she didn’t give in, Brendan sighed. “Captain Arthur Griffin of Pendragon Security? My boss? You may have heard of him. That’s all the credentials you’re going to get.”

“Oh no, I had no idea who had been hired to guard me.” She rolled her eyes exaggeratedly. “Yes, naturally, I’ve met your boss, who was a sight more polite than you.”

Brendan shrugged. “That’s his job. Mine is to protect you.”

The woman’s eyes sparked wrathfully, but before his teammate could irritate her further, Chris stepped forward.

“Miss.” He bent his head respectfully. “We have orders to check and make sure you weren’t bugged. I understand that you were careful, but someone could still have dropped or slipped something onto you. Bugs can easily hide inside hair. Please, will you remove your jumper and take your hair down?”

She regarded him with a frown for a minute before shrugging. “Fine.”

Brendan crossed the room to take Christopher’s place near the door. “Suckup,” he muttered as he handed Chris the scanner.

“It’s all in how you talk to them,” he retorted in the same undertone.

“Rapunzel? That’s the best you could do?” The woman shot Brendan an irritated sideways glance as she began taking down her braids.

“You deserved that,” Chris informed Brendan, his tone as smug as he could make it. He turned the scanner on and began calibrating it.

“Piss off,” Brendan grumbled. He wiggled two fingers in the air mockingly and leaned back against the doorframe. “You don’t look like a Cinderella.”

Her fingers didn’t slow but she rolled her eyes again. “How about Aurora? Cinderella wasn’t the only blonde princess.”

“You want to sleep that much?” Chris motioned for her to turn around so he could begin scanning.

“I would,” Brendan interjected. “I might actually get caught up for once.” He ran a hand over his face and blinked a few times, as if shaking sleep away. “I got two hours last night and had weak coffee this morning.”

“Well, why didn’t you say you needed coffee before?” the woman demanded, turning in place as Chris ran the scanner over her hair. “There’s strong black coffee in the kitchen. But don’t think it lets you out of having been a nob,” she called after him as he made a beeline for the other room.

“Oh, don’t worry about that, miss. His boss won’t let him forget it.”

She turned so she could see him over her shoulder, her face thoughtful. “I can see that. He…” she hesitated long enough that he looked at her to see if she was going to continue. She was smiling a little.

Another Arthur fangirl. At this rate, the boss would have as many as a celebrity in no time.

“He makes an impression,” she said at last.

“Try living with him.” Brendan came in from the kitchen, sipping from one mug and set another on the table for Chris. “Our glamorous captain is as human as we are.”

The scanner beeped, cutting her off. Chris extracted the bug and held it up. He gave it a cursory glance and moved to drop it on a nearby table but then stopped and did a double take.

Brendan tensed. “What?” He reached out and took it from Chris, examining it closely. Muttering a stream of swearing under his breath, he looked at the woman and grinned. “Well, you’re about to see your paragon again, Rapunzel.”

Chris reached out and shoved him toward the hallway, motioning for him to hurry. “He has to call Arthur. We have a problem.”


Did you take part in the Rapunzel prompt?

Hop back over to IWG on Monday for the Aladdin prompt!