Once Upon a Crime, an Introduction 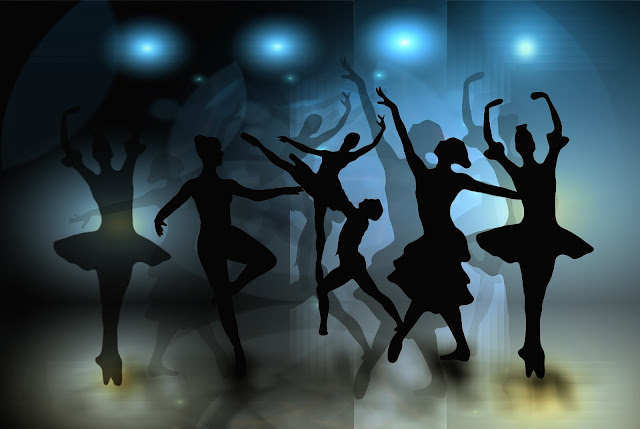 ...during one very busy NaNo, about which I've scarcely posted on here, but which was good, and yes, I did complete... I had another new story idea.
(Isn't that always the way it works?  Hard at work on one story, and a cute little plot porg dashes through.)
[Yes, I saw Star Wars: The Last Jedi.  Yes, I loved it.  Yes, I need a porg.  And a crystal critter.  Yes, I'll write a review at some point.]

I can't say exactly what sparked the idea.  I was in the middle of it before I knew I had begun.


Premise: WHAT IF.... the 'princesses' from fairy tales are actually the suspects in various white collar crimes??


Genre: fairy tale retellings, Ruritanian, mystery
Format: novella series
(Yes, this means me, the confirmed epic-novel-length writer whose only other fairy tale retelling to date clocked out at 172,000+ words is attempting to keep these books to 40,000 words or below.  So far, so good.)


Setting:
Country: Charion, a small, fictional European monarchy on the coast of the Mediterranean, across the Adriatic Sea from Italy
Capital city: Dynatia
Languages: Charion, English, Greek
Chief exports: haute couture fashion, horses
History: Modern day descendants of the Illyrians.  According to legend, they trace their descent back to Cynane, half sister to Alexander the Great and daughter of the Illyrian princess Audata and Philip of Macedon.

Orion Pegasi = best friend of the prince, former Special Forces soldier, owner of a home security and private security company which has provided security for the upper class houses suddenly being robbed/etc.


I'm nearly 10,000 words into the first book, almost one fourth of the way.  It was too good not to plot immediately (I plotted it in 3 1/2 days) and then begin as soon as NaNo was over.


#1 in the series:
The Iron Tongue of Midnight, retelling of Twelve Dancing Princesses.

When the house of a Duke is burgled and a priceless collection of high-fashion shoes are taken, white collar crime detectives Roxana and Electra assume that it’s a normal robbery-for-money and arrest a soldier for the theft.

But then, the Duke calls in a lawyer to defend the soldier, copies of the shoes begin showing up on the black market, and the detectives discover that Duke's daughters go missing for five hours every night.  They're stranded on a hot case, taking pressure from all sides, and have no leads in sight.

Two heads are better than one, but those two might not be enough this time.

(I apologize for the very slapdash blurb, I literally threw it together in five minutes instead of the usual hour of rewriting.  It will undergo rewrites later.)


Tentative list of fairy tales (in no particular order) coming to the series later:

“No.”
“Now, how can you say that without having even seen them?”
The first speaker shook her head as they glanced both ways before crossing the street.  “Rox, girl, I did see them.  You know I looked them up the first moment you told me about them.  And the answer’s still no.  Can you see the landlord allowing it?”
“Oh, you know that Melantha would convince him.”  Roxana drained the last of the coffee from the cup in her left hand.
Creamy golden sunlight spilled down over the white columns of the building they were approaching, an old temple that now housed the police headquarters for the city of Dynatia.
“How would we persuade Hannibal and Zenobia to leave it alone?  And how would Caliburn and Ariel take being displaced in your affections?”
Her companion snorted and detoured briefly to throw the empty cup into a trash can before catching up to her in three long strides.  “They’d be fine.  Think about it.  Electra, really.  Tiny deer!  Tiny.  Deer.  Come now, you can’t tell me you don’t love the picture.”  Ruby lips curved into an enchanted smile at the vista she painted.
“I have pictured it, and it’s everything adorable and precious, and I’d enjoy it.  Pity it’s not practical right now, Snow White.  A baby Groot on the other hand… I could really go for one of those.”
Roxana snorted.  “Couldn’t we all?”

“He is a private investigator, so he has to protect client information, but… how are we supposed to clear him if we don’t know where he was?”  Roxana thumped her desk in frustration.  “Go do bad cop quickly, please, so I know what you think.”
“Eee, sig nai, that’s not going to happen.”  Dinos walked in and resumed his seat at his desk.  A homicide detective, he not infrequently gave them a hand on a case if he had no work of his own.  They had returned the favor more than once.  Here, everything was shared.
“What do you mean?” Electra demanded, both she and Roxana coming up out of their chairs as though pulled by a magnet and turning to look through the window of the interrogation room.
“He lawyered up,” Dinos said, jerking over his shoulder with his thumb.  “I don’t know about you, but arguing with the prince of my country wasn’t on my list for today.”
“The prince?!” Roxana exclaimed, startled into near-hoarseness.
“Which prince?” Electra asked, eyes narrowing.
“The Prince,” another colleague breathed in a starstruck whisper, bounding up to them, having looked through the window into the room.
“I don’t have time for games,”  Electra reminded her, fixing her with a stern look.
The colleague gulped, but her eyes didn’t loose their starry shine.  She took a deep breath, the better to deliver her solemn announcement.
“The Crown Prince.  Alexander Philippi Illyroi, Sword of His People, Heir to the Throne of Charion.”

“See what we can dig up on the suspect,” Roxana added.
“Legally,” their boss reminded them sternly.
“Of course,” they assured her in unison.
In the process of removing her badge and gathering her bag, their boss gave them a dubious look over her shoulder.
Her detectives looked innocently back at her.
“Get outta here.”  She flapped her hands at them.  “Go eat dinner or something.  I’m going to see my cousins.”
“We need to go over the case again,” Electra said, and Roxana felt a prickle of disappointment.  If her partner thought they needed to review the case again right away, she would stay, but until Cassandra had mentioned it, she hadn’t realized how hungry she was.
“No,” their captain said forcefully.  “No, no, no.  Nothing is more important than dinner.  Unless it’s the King,” she amended hastily, seeing both women open their mouths.  “Go eat, that’s an order.  Rox, get her out of here.”
“Kids,” she muttered as she brushed out of the doorway ahead of them.  “No respect for tradition or common sense.  Skip dinner indeed.   Like working on an empty stomach is going to accomplish something.  Or that work is more important than food.  What nonsense did they learn in their high falutin college?”  Her complaining gradually died away down the hall.
Roxana looked at Electra, who shrugged.
“We better get going if we don’t want her wrath on us.”

In a cafe several streets away, Crown Prince Alexander parted from Konos with a firm hug.  “Remember, not a word to anyone else for now,” he cautioned.
“I know, yes, sir.  Thank you, sir, for helping me.”
Alexander thumped him on the shoulder.  “Nothing to it.  The detectives don’t have much to go on, and they can’t charge you.  You’re innocent in the eyes of the law.”
Konos hesitated.  “Eeee, sir, they don’t look like the kinds of people to just sit back quietly and not try to net every dead fish in the shallows.”
He considered that briefly, then shrugged.  “I said I’d handle your case, so don’t worry about it.  Get back to whatever secret project you’re investigating for the Duke.”
Konos’s parting words were so quiet that the prince barely heard them as he went towards the door.
“Thank you, my captain.”
Alexander paused and then shrugged.  “Can’t lose a good soldier now.”  The final grin he sent his former comrade was a reminder.  Focus.  Stay on the mission.  I’ve got your back as much as you ever had mine.

“So, how much like the Greeks are you?” asked a third tourist at the table.
“Well, we don’t swear as much as the Greeks do.”  Roxana tilted her head and sent a laughing glance at them from beneath long eyelashes.
“Just almost as much,” Electra added.
“The difference is really very slight, hardly worth mentioning,” said a young man at another nearby table.  One of the regulars, he roomed at the same boarding house she and Electra did.
“Some of us have more to fill our head than swear words, Kovo,” Electra remarked dryly, quelling him.

“I approve of this Duke,” Electra said abruptly a moment later.
Roxana paused with her water bottle half way to her mouth.  “And why is that, O Sage?”
“Well, if you’re going to have twelve daughters, it is pretty handy to name them after the months.  Easy for people to remember.  Not very many people seem to consider sense when naming their children.  I really think more people should.”
“Ew!  Who wants to do that?  Naming someone is all about aesthetic, Miss Common Sense.  The names need to sing.  To have meaning.  To flow.”
“Hey!  I never said they didn’t!  But it also helps if people can pronounce them, too,” Electra countered.  “I think both should be combined for a harmonious whole.”
“Mmmmm.  When I have kids,” Roxana said dreamily, propping her booted feet up on the corner of her desk, “I’m going to name them the most beautiful, aesthetically pleasing names ever, and if people can’t pronounce them at once, they can learn how.”
“You would.”  Electra tossed down the file of one daughter and began on another.  “I’ll be around to give them easily remember-able nicknames which commoners can use.”
“So practical,” Roxana sighed provokingly.
“So lost in beauty,” Electra retorted with a smothered laugh.


Posted by Arielle Melody Bailey at 9:59 AM 7 comments:

Email ThisBlogThis!Share to TwitterShare to FacebookShare to Pinterest
Labels: my writing, Once Upon a Crime, writing
Newer Posts Older Posts Home
Subscribe to: Posts (Atom)