Myers Briggs and Why I'm An Adherent (mostly) 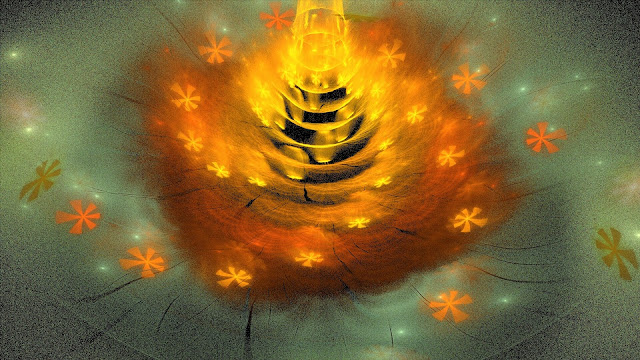 I’ve posted before about what it is and some of the positives and negatives of it, and you can click here for those posts if you're curious.

I loathe systems and labels and boxes, personally.  So why do I 'patronize' and endorse a ‘system’ that has ‘only’ sixteen types?  Why do I grin in glee when someone confirms their type, especially if I analyzed their type correctly?  Why do I find it relaxing or fun to make lists like ‘if MBTI was mythical creatures they would be….’?

Why do I personally love the MBTI and spend a fair amount of time reading/thinking about it?

Because MBTI is less a ‘box system’ than it is a language.  One that makes it easy for people to understand other people and behavioral psychology.

I love psychology.  I love the science of how brains work and how people think.  So do many other people.

What I don’t love is how much of even practical psychology (as in psychology principles that are applicable to everyday life) is couched in terms that most people can’t understand without a Ph.D*.  What’s the point of figuring out how people think if you can’t explain it to others?  Or if you can't avail yourself of what knowledge others have compiled?  When you sit for fifteen minutes hunting all over the internet to figure out what in the name of common English a specific term means?  When you have to have an elite dictionary on standby to read any psychology paper?

What is the point of learning more about people and how they think if that knowledge is then restricted to the scientists and professionals?  When you have to (basically) have a degree to explain a term or a concept, you can’t disseminate that knowledge to a wide variety of people.  Knowledge can’t spread beyond the elite.

And really, who needs to know more about people than those other people who live with them and interact with them in real life on a day-to-day basis?

*I’m not knocking psychology, clinical psychologists, the science, those who train thousands of hours in it, or those who practice it.  Just pointing out how hard it is for most people to understand the science on a practical level.


MBTI, when you break it down into practical terms, makes it easier for people to understand how other people think and feel.  Why Person A reacts to X news by crying but Person B reacts to the same news by leaping into action and making plans for how to solve the problem and Person C already has backup plans in place because they guessed X would go wrong.  (And Person D freaks out and looks for an escape route.)

It’s the ‘oh, NOW I get it!’ light in someone’s eyes or their tone of voice after they hear/see that the reason they ‘usually react that way’ is not because they’re a flake, it’s because it’s a default emotional reaction and it’s okay as long as they don’t allow it to become a bad habit and as long as they then go beyond it to still deal with the situation.

It’s the realization that they don’t have to have a purely negative relationship with another person because now they understand how and why that person thinks and feels the way they do and knowing means they can now ‘work with it’.

It's the willingness and eagerness in their voice when they realize that their default needs to be overcome, needs to be worked with to make them a better person, more balanced––an eagerness that was formerly stubbornness because they couldn't understand WHY it was their default or why it was a problem in interactions with others.

It's the bittersweet tone in a person's voice when they face the fact that they've allowed something that's a natural reaction for them to become an excuse for immature behavior, but now that they've faced it, they can do something about it.

It's the shine in their eyes when they finally understand that a certain behavior of theirs isn't BAD just because other people don't understand it, it's just too different from most people or from modern perception that said people have to work much harder to'understand it.


MBTI makes it easy to explain and understand that yes, ENFPs are ‘all over the place’ with the way they think, and a) that’s not inherently bad, b) that’s an advantage sometimes, c) yes, while that is their default, they do need to accept that if they want to mature as a person and move forward in life, they do sometimes need to set specific goals, make some lists, and work on tying their brains down to a few things.

It makes it easier to communicate that yes, most ISFPs are sensitive people who don’t want to believe ill of anyone and loathe conflict, but sometimes they need to stop being so nice/timid/sweet and step up to the plate to stop a cycle of bad behavior—theirs or someone else’s.

It simplifies explaining that yes, you know what, a lot of INTJs seem like standoffish jerks, but frequently they don’t realize they’re coming across that way because what they are doing is trying to figure you out and how you fit into their world and how they need to approach you when they try to connect.

It’s like a code.  One which you don’t need a degree to understand or use, just common sense and an open mind (and learning it from the right sources).

NOW.
Yes, it's true that MBTI is easy once you know what it's talking about (and I don't mean Fe and Fi and whatnot...feefifofum, I smell the blood...).
It's also true that it's easily misunderstood.  Like any language, sometimes you have to try a few different learning styles before it clicks and you really understand how it works.**


People are hard to understand.
People are confusing.
But people are also fascinating and intriguing and amazing.
(Most of them; I mean, let’s be brutally honest here: some are just…jerks, and no amount of explanation or understanding can make that better.)

So I love the MBTI classifications because every little thing that helps us understand people makes the world a better place, since the instant you understand yourself and those around you even just a little, the more equipped you are to being able to choose behavior and actions that make a better world.

That's why I personally love it.


What are your thoughts on the Myers Briggs 'system'?  Do you know your Myers-Briggs type?